Pacific Grove Brewing Company had the honor of sponsoring and participating in the St. Dunstan’s Pre-School “Kids Count Classic” Golf Tournament. Helping support the school, the money raised at the tournament went towards new materials for the classrooms, as well as financial assistance towards qualified teachers.

Perfect weather combined with great food and an all around fun atmosphere lead towards a (mostly) successful day on the links.

Have an event you’d like PG Beer to sponsor/participate in? Send an email to beermarketing@pgbeer.com to get in touch!

“We are proud to join this amazing community of craft breweries across the nation. ” said Charles Tope, Owner of PGBC. 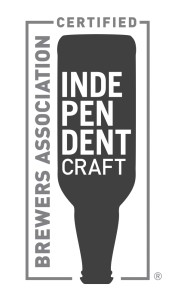 Independence is a hallmark of the craft brewing community and data shows that beer lovers want to support that. More than 90 percent of consumers are interested in the seal and what it stands for. Beer drinkers who have seen the independent craft brewer seal are 77 percent more likely to value independence when making purchase decisions.

“Beer lovers are looking for differentiation between what is being produced by small and independent craft brewers versus Big Beer acquired brands,” added Julia Herz, craft beer program director, Brewers Association. “People today expect transparency when it comes to their food and beverages. When it comes to beer, that transparency and underlying ownership can drive purchase intent.”

While small and independent craft brewers make up 98 percent of the more than 6,300 breweries in the U.S., by volume they represent less than 13 percent of the beer sold. As large brewers continue to have unprecedented influence and acquire millions of barrels of formerly independently brewed beer without indicating ownership, the seal differentiates in a crowded and competitive marketplace.

Pacific Grove Brewing Company joins the more than 3,000 breweries around the country who have adopted the seal and are united in independence.